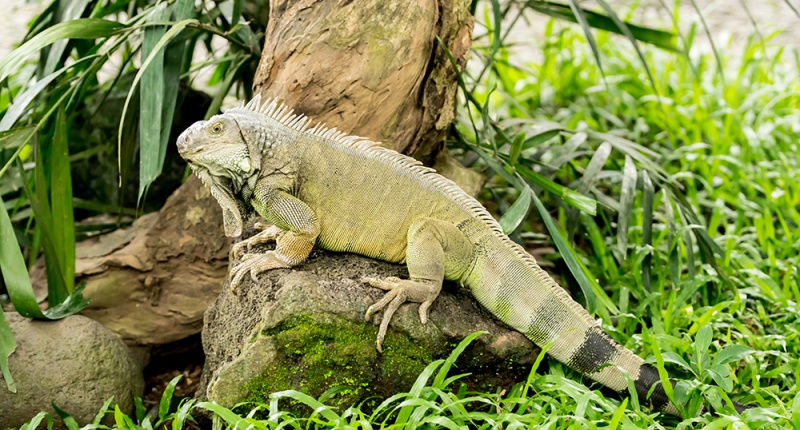 Is a species of iguana native to Central and South America.  The green iguana is a large green lizard with an oversize head and a row of spines along its back resembling a comb, most distinctive from its neck to its tail.  It has a large dewlap in its throat and under its neck is a jagged wattle.  The male is much larger than the female, with a bigger head and more distinctive spines.  They live in tropical rainforests, climbing the trees.  They are fast climbers and can also swim.  When young, their diet consists only of insects but become mainly herbivorous in adulthood.  The green iguana lay between 20 to 40 eggs at a time and the gestation period is about 10-15 weeks.

2,537
View
We use cookies on our website to give you the most relevant experience by remembering your preferences and repeat visits. By clicking “Accept All”, you consent to the use of ALL the cookies. However, you may visit "Cookie Settings" to provide a controlled consent.
Cookie SettingsAccept All
Manage consent