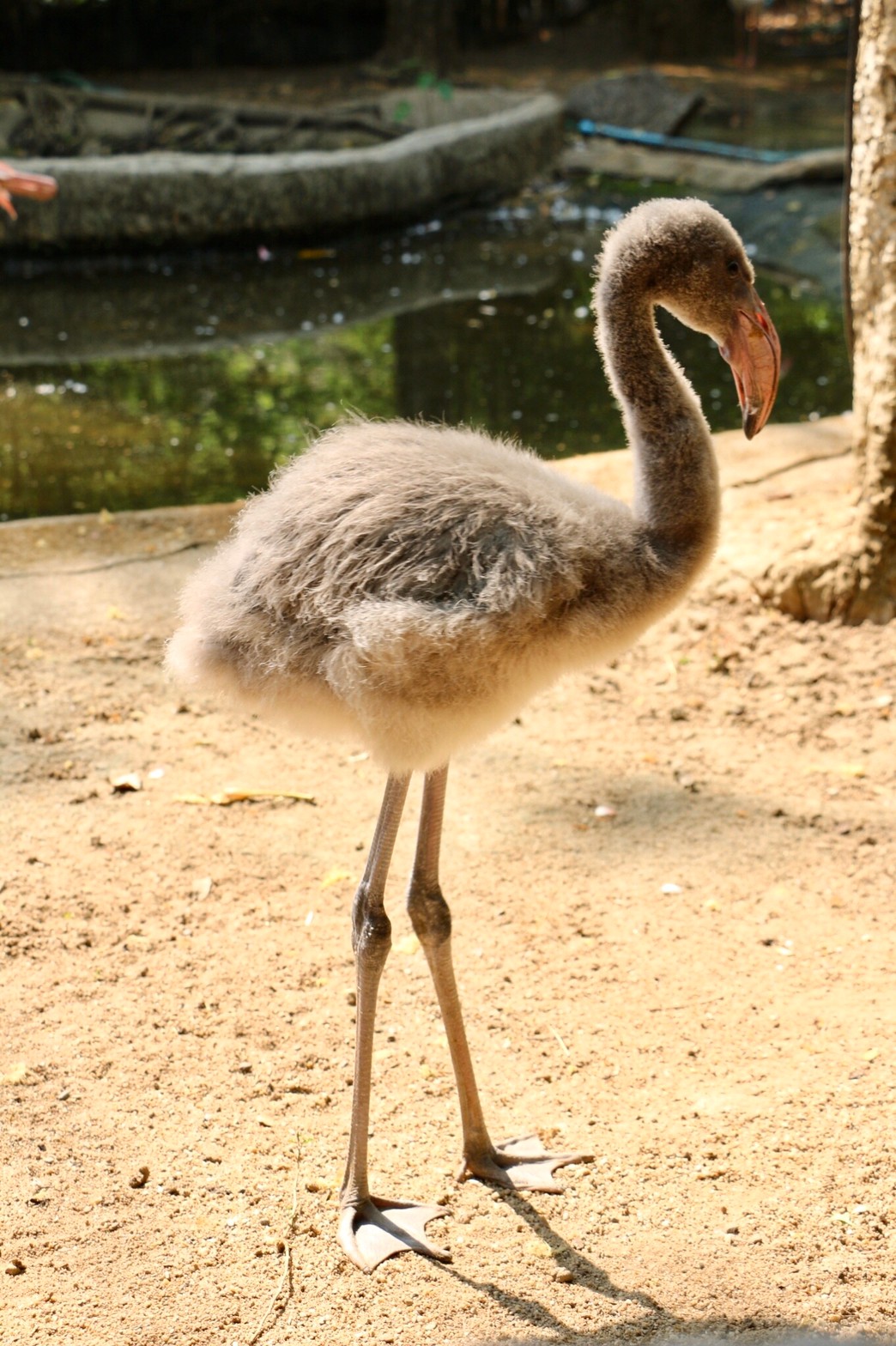 During the global outbreak of the Covid 19 virus that spread throughout the world. Including in Thailand Which results in agencies And various organizations Must have personnel to work at home Including educational institutions must refrain from teaching and learning activities during this period Meanwhile, at Chiang Mai Night Safari Despite the temporary shutdown from March 27 to April 30, 2020, the organization’s personnel still have to switch to work every day. To look after more than 131 animals, 1,266 animals in the care of Chiang Mai Night Safari. During this time there are many new members emerging. Some types require close supervision of staff. One of them is “Yip Man”, a Greater Flamingo that breed at Chiang Mai Night Safari. Which is a natural occurrence And was raised by a Chiang Mai Night Safari veterinary team
Mr. Anucha Damrongmanee Executive Director Acting on behalf of the director of the Pingkan Nakorn Development Office, revealed that the care “yips it” began at the age of 1 day, separated from the herd. For the safety from the dangers of various reptiles That may come out to find food at night Because the area of ​​Chiang Mai Night Safari is a forest area That has many natural animals By raising them at the animal hospital of Chiang Mai Night Safari When “Yip Man” was 8 weeks old, the veterinarian team began training to become familiar with friends. In a flock of flamingos that are usually more familiar with humans And know their names And can show love The trust that is given to the party. When the babbler called you, he ran and sat beside Or snuggled with love Training to be with friends in the crowd is like going to school. The veterinary team receives – sends the dog to school every day to train with herds every morning and return in the evening. Which is currently undergoing adjustment to live with a large flamingos of Chiang Mai Night Safari Which has a total of 11 characters and has planned to release this new member into the crowd when they can adjust themselves Expected to take another 2-3 weeks from now.
The Greater Flamingo is a scientific name. Phoenicopterus roseus is the largest flamingo with an average height of 110 – 150 centimeters and weighing 2-4 kilograms. Most plumage is pinkish white. But the feathers of the wings were red. And the main and secondary feathers fly in black The mouth is pink, the tip is black and the legs are all pink. There was a voice like a goose. For the fluffy gray bird And weakens when entering adolescents and has dark legs When grown up, the hair will be faded than before. But there are still bright pink legs Found in parts of Africa, South Asia, the Middle East and Southern Europe. Eat small shrimp Blue-Green Algae Seeds Small organisms and mussels feed on an average age of 30-40 years. The main threat to flamingos is bacteria, toxins and water pollution. And the invasion of habitats 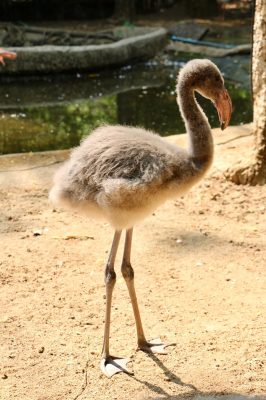 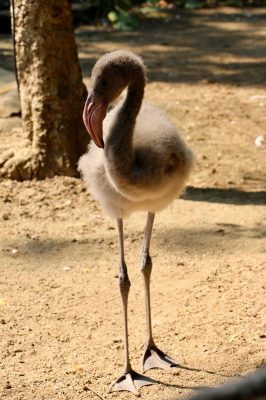 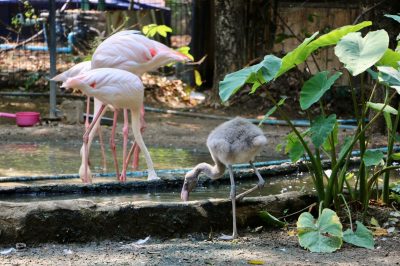 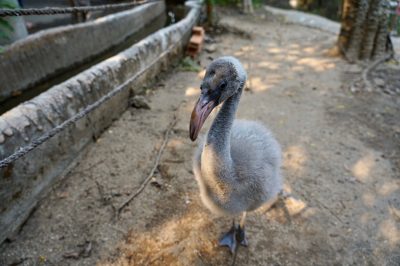 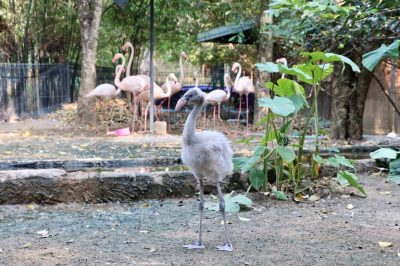 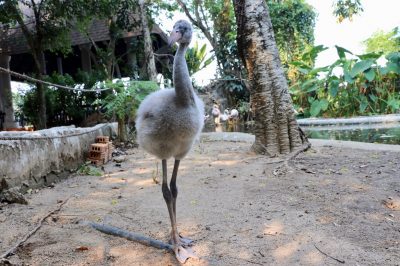 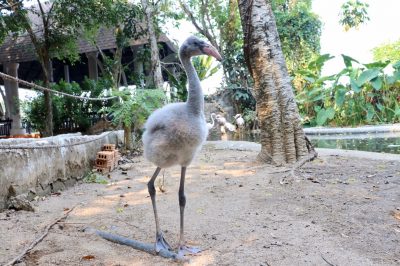 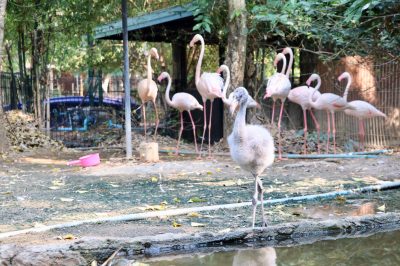 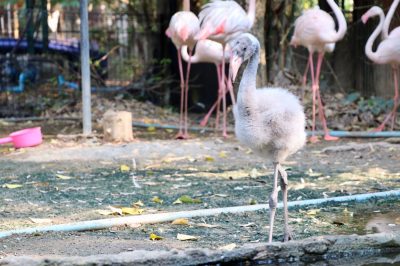 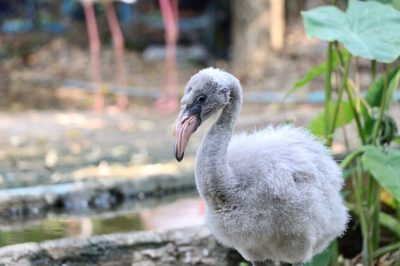 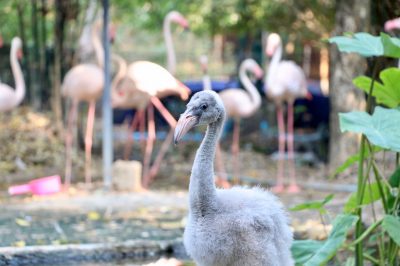 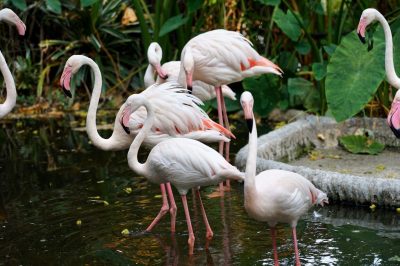 1,939
View
We use cookies on our website to give you the most relevant experience by remembering your preferences and repeat visits. By clicking “Accept All”, you consent to the use of ALL the cookies. However, you may visit "Cookie Settings" to provide a controlled consent.
Cookie SettingsAccept All
Manage consent